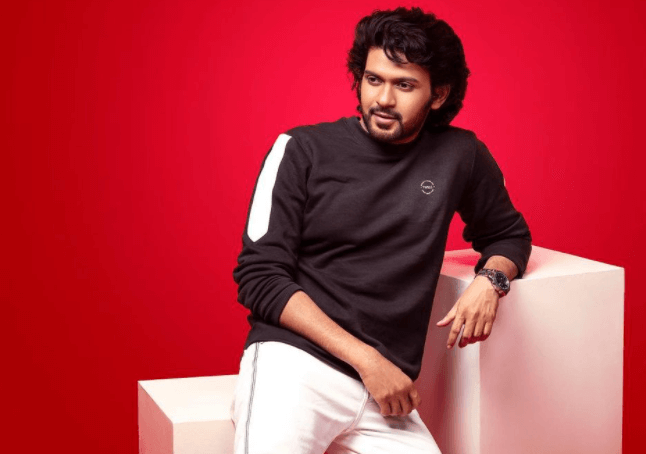 Naveen Polishetty born in 26 December,1989 in Hyderabad, Telangana. He was born and raised in Hyderabad.

He Studied Engineering in National Institute of technology(NIT) Bhopal.He worked in London  after his Engineering for an Year or so. His passion for acting couldn’t let him continue with his job, so he came back to India. He has done Theatre,and played some roles in Theatre plays.

He has done Couple of Movies in Telugu like shekar kammula’s Life is Beautiful , D for Dopidi , 1 Nenokkadine as a Supporting Actor. Which didn’t give him much recognition.

He went to Mumbai and joined the team of AIB(All India Bakchod).

He had Successful career here with their videos. One video about Engineering Campus Placement went viral and got him Enough recognition as an actor. His dialogue went around the world.

He worked on a script as a co writer , and Acted as a Lead in Agent Athreya Srinivas which was a Blockbuster in 2019.

He got so much positive response for his acting in the movie.

He acted in Hindi Movie ‘Chichore’ , directed by Nitish Tiwari. Which was a huge hit of 2019. His role Acid got critically Acclaimed

With his Success of two films in 2019, He got another telugu film named ‘Jathi Ratnalu’ produced by Swapna Cinemas, Makers of Mahanati .

He is friend of Vijay devarakonda , Abhijit(big boss winner) and of same school i.e Shekhar kammula . Everyone loved his Performance in Agent Sai Srinivas , so Expectations are there for his upcoming movie ‘Jathi Ratnalu’. Hope he gets the Success he deserves