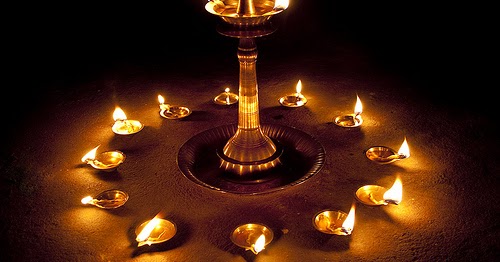 Kartika masam is a month in Hindu calendar that oftenly protrudes October and November. In the Bengali, Maithili, and Nepali calendar, it is the 7th month, in the Tamil calendar it is the 8th month. The holy month of KARTHIKA is considered a very auspicious month. During the entire month, Lord Shiva is worshipped with great reverence and prayers are offered. It is also known as PURUSHOTTAMA MASA as it is believed that LORD SHIVA and LORD VISHNU exist together during this holy month.

The Karthika Masam is considered a very special month. It starts with Deepavali and ends with Karthika Amavasya. During the entire month, Lord Shiva is worshipped with great admiration and prayers are offered. It is also known as Purushottama Masam as it is believed that Lord Shiva and Lord Vishnu exist together during this holy month. The Significance of the holy Karthika month is marked by Deeparadhana- THE LIGHTING OF THE LAMPS. Fasting is undertaken on Mondays, Karthik Ekadashi and on Karthik Pournami. Offering Prayers to Lord Shiva, performing Rudrabhishekam, BILVA POOJA and reciting the Vishnu Sahasranama during this Holy Month will bring great benefits and will absolve us from all our sins.

KARTHIKA DEEPOTSAVA signifies LIGHTING OF THE LAMPS. The diya symbolises our body and the light symbolises our soul. When we light a lamp , we cleanse our mind and free it from all the accumulated negativity in the form of darkness, ignorance, anger, greed, jealousy, hatred, bitterness and resentment. Deeparadhana during the sacred month of Karthika should be done to purify our souls from bad Karma and be one with the Supreme Soul. This is done to increase our ATMA GYANA – THE KNOWLEDGE OF THE SELF. This Sacred month holds the path to Devotion, Contemplation, and Inner peace. It offers a great opportunity to look onwards, for inner spiritual growth and to grow into better individuals. It is utmost important that we practise purity of mind , body and soul and raise our levels of Consciousness to experience real joy and happiness.

The Amla or The Indian Gooseberry is Worshipped during the Holy Karthika Masam. Also known as Kalpavriksha and Amrutha Phala, this tree finds a mention in the Shiva Purana.

It is believed that on this day, LORD SHIVA descends on the Earth and becomes one with the entire universe. The lighting of ghee lamps with 365 Battis on this day is equal to lighting a lamp each day of the year. The whole nature becomes one with the SUPREME SOUL i..e LORD SHIVA.SHIVA temples attract a large number of devotees during this time. Fasting and partaking of sattvic food on KARTHIKA POURNAMI cleanses our body and mind and renews us with new energy. Offerings should be given to BRAHMANAS in the form of rice, jaggery, fruits and milk.

Chanting of OM NAMAH SHIVAYA will elevate our souls to higher echelons of existence.

In this season only the consciousness is raised from the sacred base center to the head centre where the kundalini as a serpent lying in scorpion base centre is raised into the aries in the head centre as 6years boy where the consciousness will be like a pure child nature and serene, who plays with the snake .he is venerated as lord of snakes called lord subramanya. Here a child will be united with his parents in Mount Kailasa  in our head centre which is the place of nirvana. .one who dwells in this centre will always be kailasa. So sacred is this month it is for those who utilizes this opportunity. so every year this season is an opportunity to raise oneself from human to divine consciousness.

In order to attain this level ancient seers of wisdom have been given certain rituals .Among such seers the great sage Vasishta who is the lord of rites have given few methods of practice, which are the corresponding workings that occur in us as changes in our life. These techniques would transform one’s natures with ease and joy.The 5 sacred modes of practice.