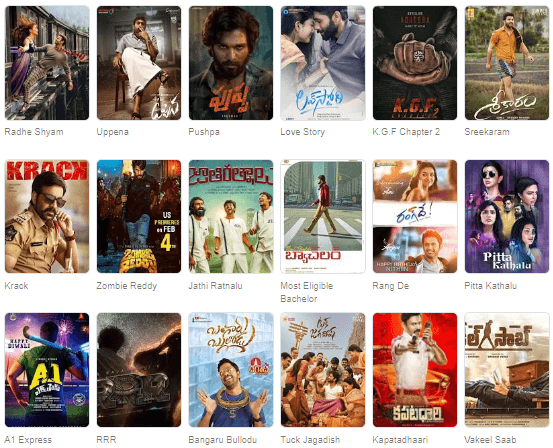 There are some exciting Movies Lined up for 2021. Some Big Productions have waited theatres to Open, so that they’ll release their Movies in theatres.

Once vaccine comes into market and government allow 100% Occupancy in theatres , It’ll be great to Experience their favourite hero in Big Screens

These are All Upcoming Telugu Movies lined up for 2021

This is Megastar Chiranjeevi Movie, Most awaited by mega fans.Siva Koratala is the writer and Director of the movie which raised Everyone’s Expectations About the Movie

It’s a third film in Kishore tirumala and Ram Combination and it’s a hit combination. Movie is in Thriller Genre

Most Eligible Bachelor is an Upcoming Indian Telugu Movie directed by Bommarillu Bhaskar. Akhil Akkineni, Pooja hegde is playing lead roles in it.

Bommarillu is directing a film in telugu after a long time

It’s a second film for Nani with Shiva Nirvana, Ninnu kori was their first which was a Blockbuster

RRR is an Upcoming Indian Multilingual Movie Directed by The Rajamouli. This is Period Action Drama about Sitharama Raju, and Komaram Bhim.

Aranya is an Upcoming Indian Bilingual Movie, they are releasing it as Aranya in telugu. Directed by Prabhu solomon, Rana Daggubati and Vishnu Vishal playing Important roles in the movie

Venkatesh daggubati and Priyamani Playing Lead roles In the Movie

These are Some Crazy Movies Lined up for 2021, Hope Everything Gets back to Normal . People might watch and Enjoy these in Theatres